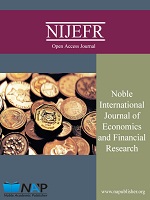 Forging Direct Investment and Technology Transfer in Developing Countries: A Comparative Study of Libya and Egypt

Pages: 28-45
Authors: Abobaker Salem
Abstract
The research presents a comparative study, Libya and Egypt are developing economies, and Libya and Egypt have adopted forging direct investment ( FDI) and technology transfer (TT) as ways to enhance economic development and economic in the countries. The aim of this study is to investigate the impacting foreign direct investment (FDI) and technology transfer (TT) in developing countries. The investigation applies a questionnaire method for data collection (primary data) from company managers both countries. The matched samples comprise 149 companies in Libya and Egypt; key economic sectors could be covered in Libya and Egypt. This research also uses data collected from secondary sources such as government reports, documents and government websites. The outcome was strongly impacted by host government policy in the process of FDI and TT. A number of factors were identified as being important in the process of FDI and TT, these factors are divided into: manageable and unmanageable factors, manageable factors, such as policy, level of education, skill of labour. Unmanageable factors such as availability of natural resources, location and the climate of the host country.

Pages: 22-27
Authors: Ioan I. Gâf-Deac
Abstract
The article deals aspects related to innovative self-organization and financial sustainability for the Unconventional Economy of Culture with analytical examples from Romania. They are presented conceptual economic and cultural aspects and elements of management of traditional economy local culture. Is described the factors to formalize a cultural economy in Romania with a new kind of real- predictive managerial behavior of qualitative and quantitative perspective. Romanian cultural behavior management in the context of European integration is characterized by examining the country’s overall managerial reality based on image type "cliché" of foreseeable factors on conceptual conventional culture in the new unconventional economy. The basic problem in question is related to the type of cultural model suitable for Romania in the context of European integration, without losing the cultural heritage and local traditions.

The Fundamental Contradictions in Human Relationships and the State of Economy

Analyze the Impacts of Human Development on the Industrial Value Added

Pages: 6-11
Authors: Arash Ketabforoush Badri, Afshin Ketabforoush Badri, Aidin Poorabdollahi Sheshgelani, Fatemeh Ghahremani
Abstract
The industry sector is one of the effective economic sectors in developing countries. Here is an issue that has attracted experts and theorists, the correct and rational use of the abilities and talents of manpower in community. With knowledge of the matter, this paper is trying to examine the impacts of human development on the industrial value added in developing countries at the period 2006 to 2012 by using panel data method. The results show that human development has a direct impact on industrial value added.

Pages: 1-5
Authors: Kirill R. Kopylov
Abstract
The article describes the initial stage of economic transformation, with the analysis of conditions in which the post-communist countries of Central Europe were in 1989. The basic source factors affecting the dynamics of socio-economic development in these countries are shown too. The method of comparative analysis of the countries of the former socialist bloc considered various factors that may affect the pace of economic transformation. It was found out that there was the faster process of recovery of the market economy in the countries with the objective historical background of the economic decentralization. It has been observed that the rate of nationalization of the economy during the Soviet occupation in different countries was different, and in the countries where nationalization of the economy took the longest time, the standard of living, in particular, GDP per capita was the highest. The influence of the country’s population on the pace of economic transformation confirmed.